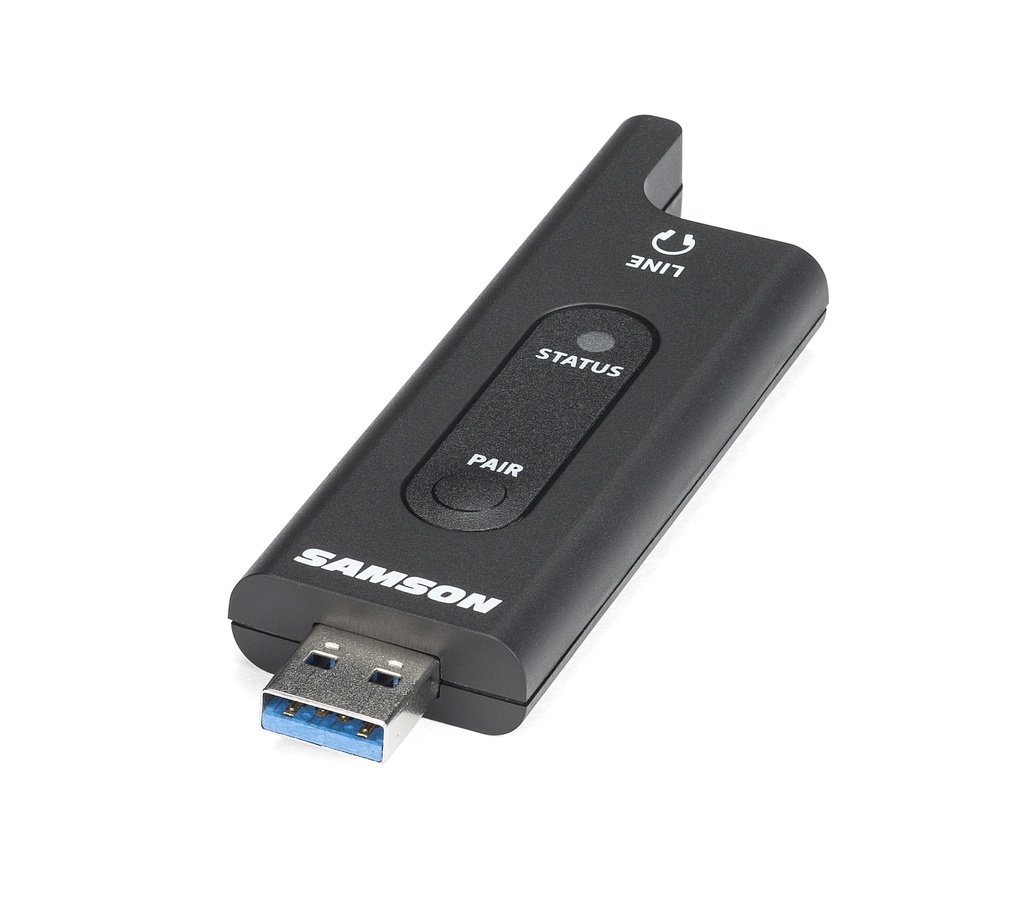 The Samson XPD2 Handheld system allows you to bring a wireless microphone to a variety of sound applications via its uniquely designed USB stick receiver. Offering simple setup, professional full-range audio and 100' of wireless operation, the XPD2 Handheld is perfect for live performances, digital communications and mobile productions.

The RXD2 USB stick receiver connects directly to PC or Mac computers, or with any Samson Expedition Series Portable PA System that features a USB Wireless port. An added feature from the previous generation system, the 1/8" (3.5mm) output allows for headphone monitoring or the XPD2 Handheld to be used with any device that has an analog line input, including smartphones and other mobile devices.*

XPD2 wireless delivers its high-quality audio via digital transmission. This type of wireless technology enables the HXD2 handheld microphone transmitter to send uncompressed signal to the receiver. The result is greater signal-to-noise when compared to a traditional wireless system, and a performance that sounds as good as using a wired microphone.