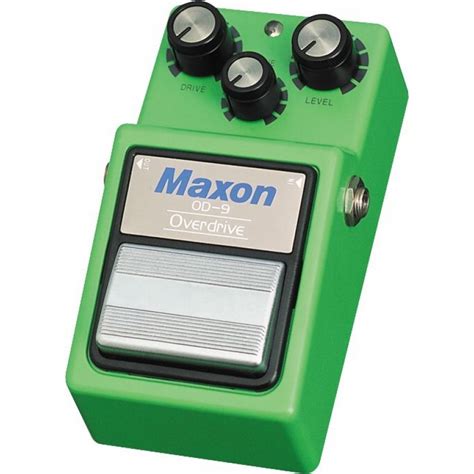 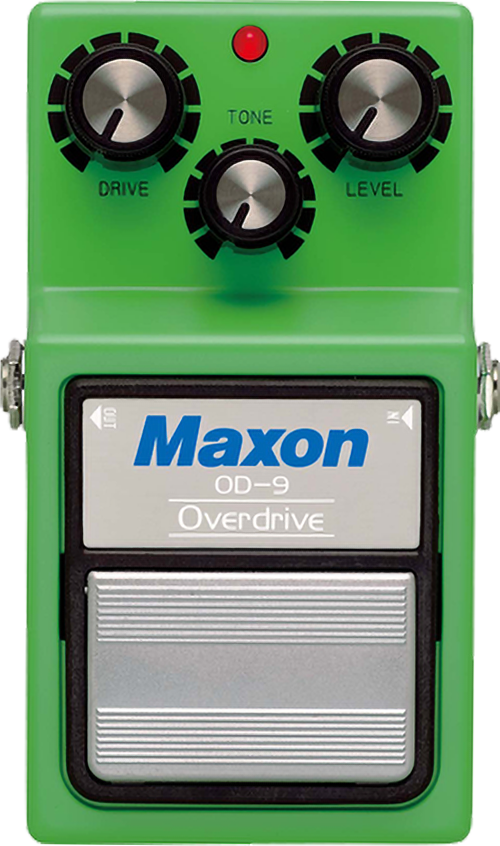 While the OD808 may have been the first overdrive circuit of its kind, it was the OD-9 that cemented this sound in the history of Rock & Roll guitar.

Looking at the OD-9’s circuit, you’ll realize that this is not some redesign being cleverly marketed as a reissue – this is THE original OD-9 (TS-9) circuit, yet with the addition of true bypass switching.  Even the PC board is the same one that Maxon’s been using for the past 30+ years, complete with empty slots where parts for the FET switching circuit have been left out!

Like the original, the current production OD-9 features the NJM (JRC) 4558D Op Amp – an essential component for authentic “TS” tone.  The NJM is smoother sounding and less compressed than other Op Amps, offering superior sound quality with low noise.

The absence of the FET switching circuit gives the OD-9 some added output and a slightly more open sound than the OD808, making it perfect for the classic rock tones that it helped to define.

If your future plans include a meteoric rise to rock & roll stardom, then rely on the legendary tones of the OD-9 to fuel your ascent.

The OD-9 is a true-to-spec reissue of the legendary 1980’s OD-9/TS-9 circuit, with the addition of true bypass switching for clean, uncolored tone when bypassed.

Input is fed into a 2SC1815 emitter/follower transistor to optimize the signal’s impedance structure.  From here it’s on to the first section of an NJM 4558D Op Amp – NJM is the company formerly known as the Japan Radio Corporation (JRC) – the legendary manufacturer that designed and built tons of these components in the late 70’s/early 80’s.

In this non-inverting Op Amp there are diodes in the feedback loop that clip the signal gradually as well as a High-Pass filter that keeps low frequencies from being distorted as much as high frequencies – the classic “808” configuration that creates the tone we all know and love.

After this is a passive LP filter and then an active tone stage that uses the other half of the Op Amp to create a HP filter that brings back frequencies cut by the inter-stage LP filter.  After the tone stage it’s through the volume pot, another E/F 2SC1815 to provide a low impedance output and then the true bypass switch.

The OD-9 features Mechanical True Bypass switching via a Fujisoku 4PDT switch – input signal is sent to ground when bypassed.