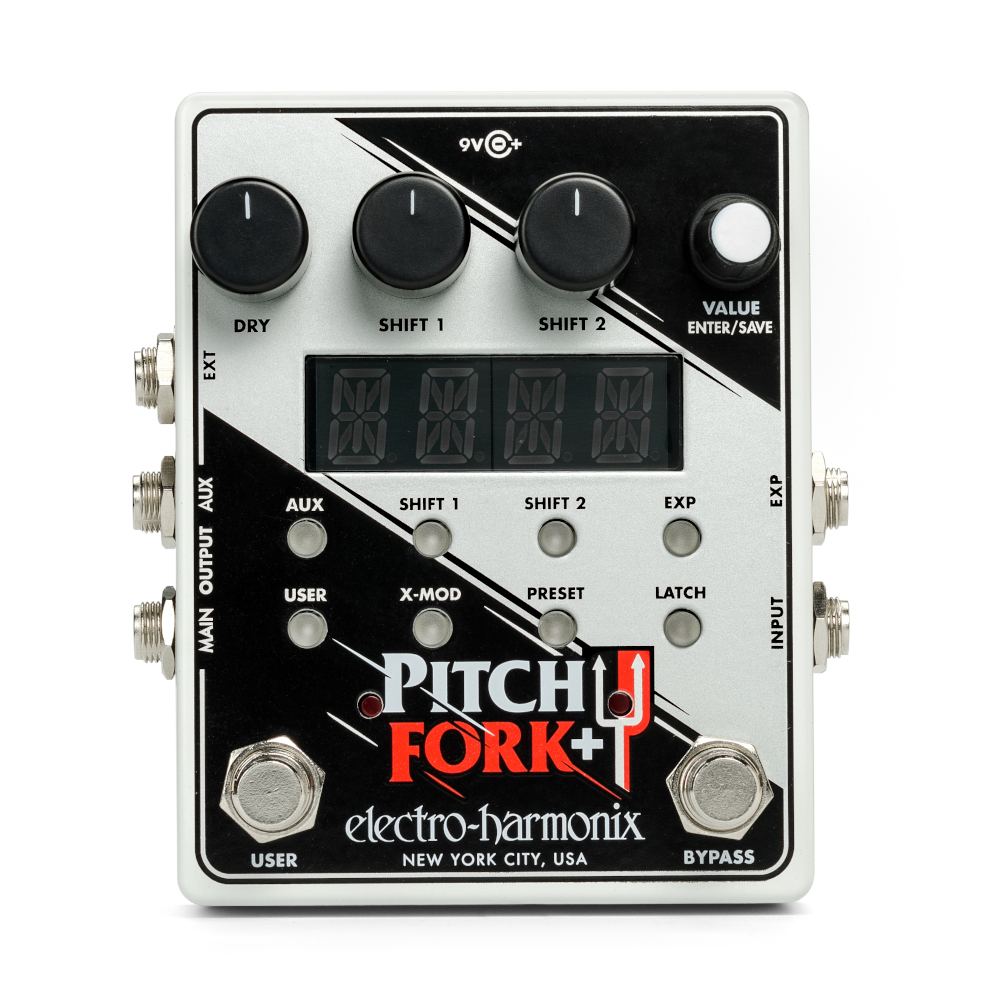 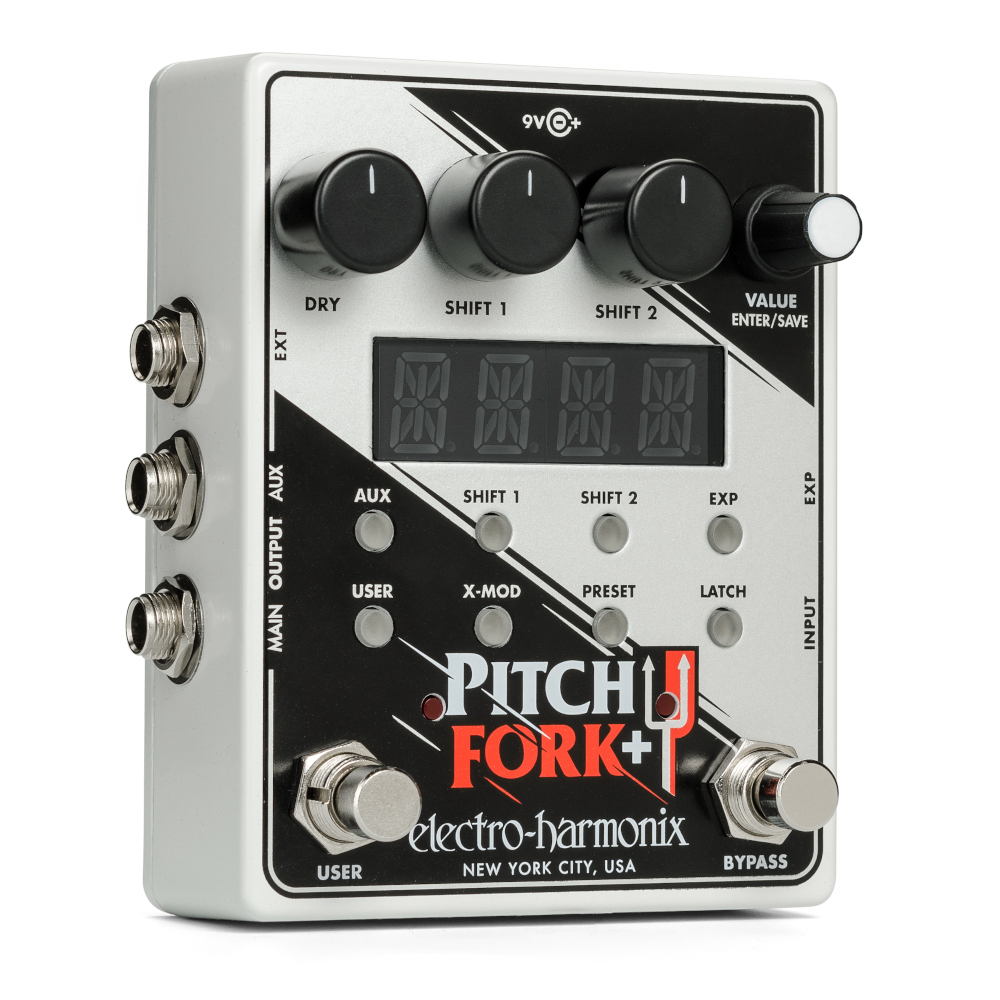 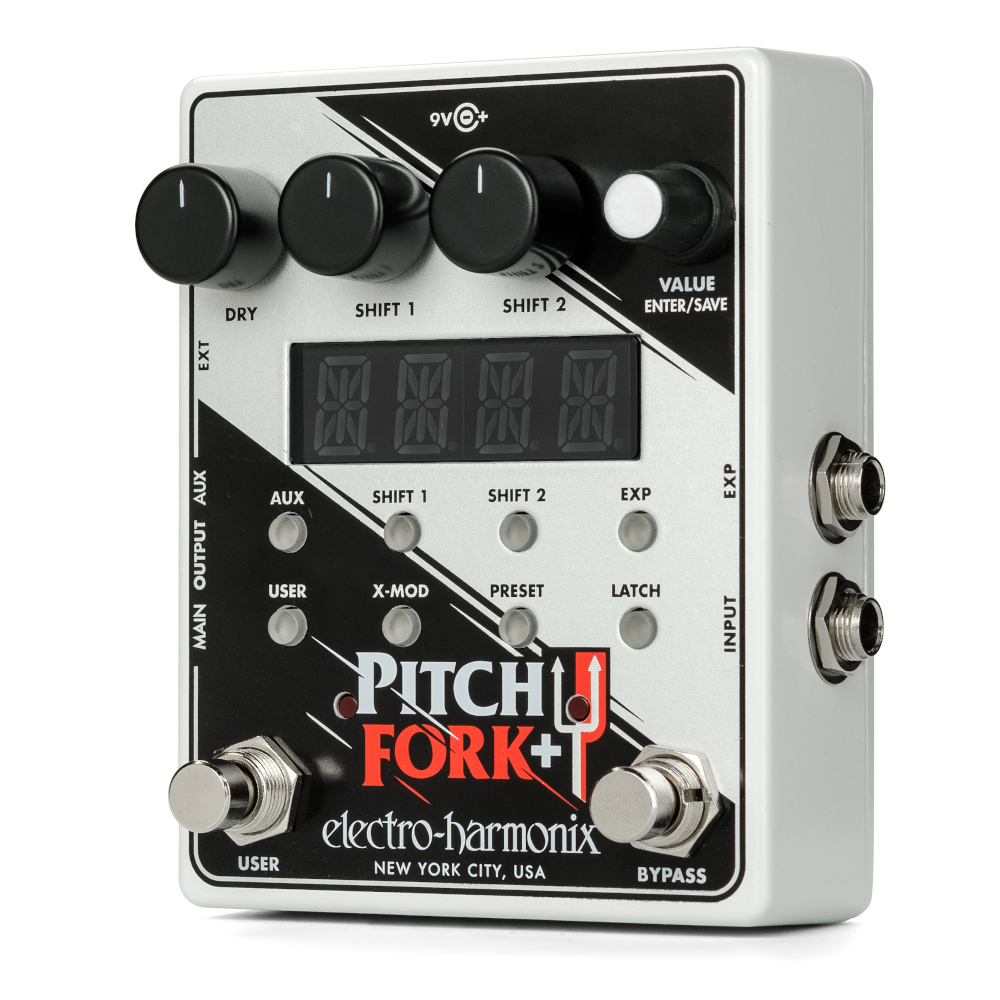 The Pitch Fork®+ features two independent pitch shifting engines with full control over each. Both will transpose your pitch up or down over a +/- three octave range and detune +/-99 cents. With rock solid tracking, an organic, musical tone and extensive control, it’s your ultimate harmonizer.

• Dedicated volume controls for both Shift voices and the Dry signal.
• Two outputs, Main and Aux, with multiple routing options.
• 10 unique factory presets plus the ability to easily save/recall 100 programs.
•A Bypass footswitch that toggles between effect on and buffered bypass. In latch mode it switches between effect and bypass mode. In Momentary mode the effect is on when the FS is held down and the pedal enters bypass when it’s released.
• A User footswitch that’s programmable and can be assigned to a variety of functions such as muting either Shift voice or jumping to a preset program. It features a dedicated LED.
• An EXP input for EXP or CV control over a broad selection of parameters in three sub-menus: Frequency, Glissando and Volume.
• An EXT input for connecting an external foot controller like EHX’s Triple Foot Controller which enables players to change modes, enter/exit sub-menus and load presets.
• Eight modes including X-MOD which features cross modulation that creates FM and ring mod type effects and LATCH which provides enhanced Latch and Momentary functionality