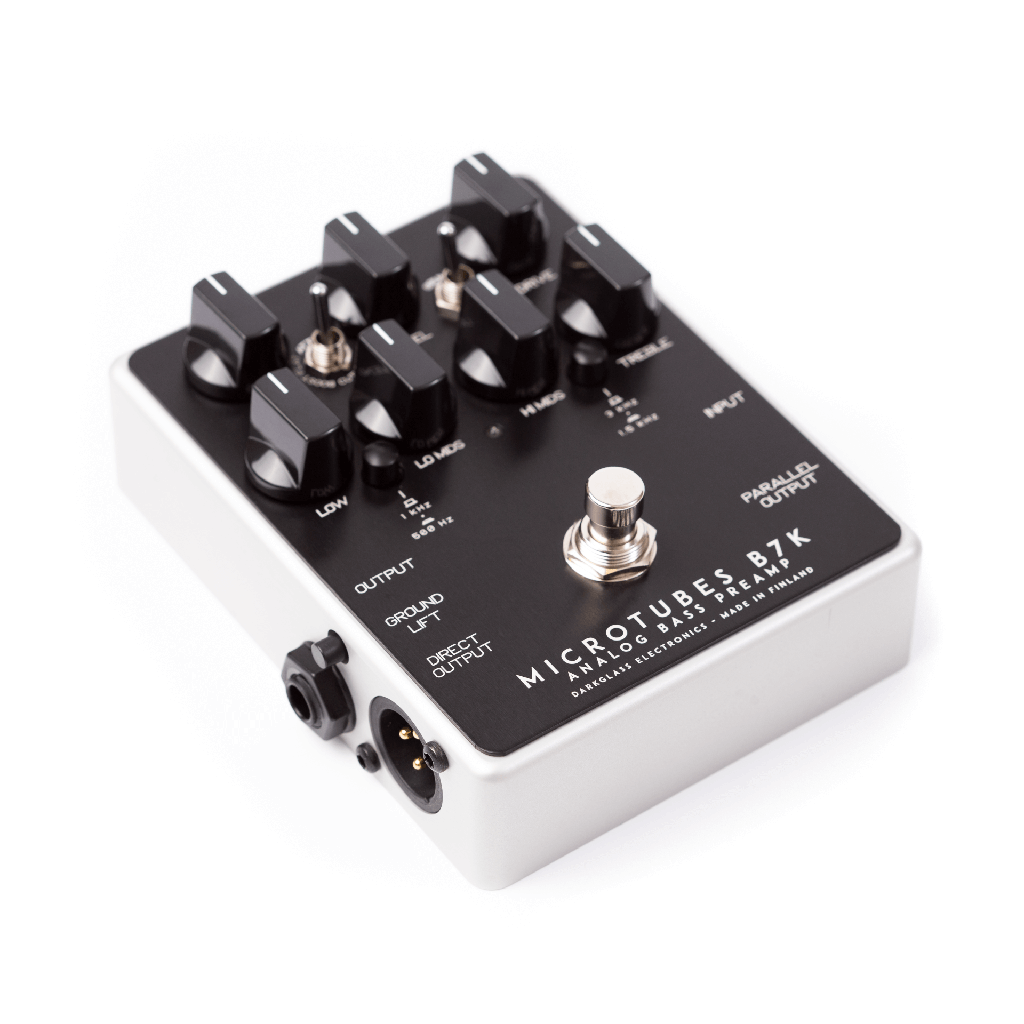 The character and core of the Microtubes B7K remains the same, still retaining the powerful dynamic saturation circuit of the B3K and adds a four-band equalizer and a balanced line driver for even greater versatility. Designed for both studio and live use, it will take your direct sound to a whole new level.

Sets the volume of the overdriven signal.

Sets the amount of saturation in the overdriven signal.

Sets the amount of low frequency content to saturate by selecting between three different bass boost levels before the clipping stage.

This switch change the center frequency of the Low Mids from 1kHz to 500Hz.

This switch change the center frequency of the Hi Mids from 3kHz to 1.5kHz.

A passthrough for your input signal, useful for parallel processing.

A balanced version of the ¼” output, useful for running into PA’s or studio mixing consoles.